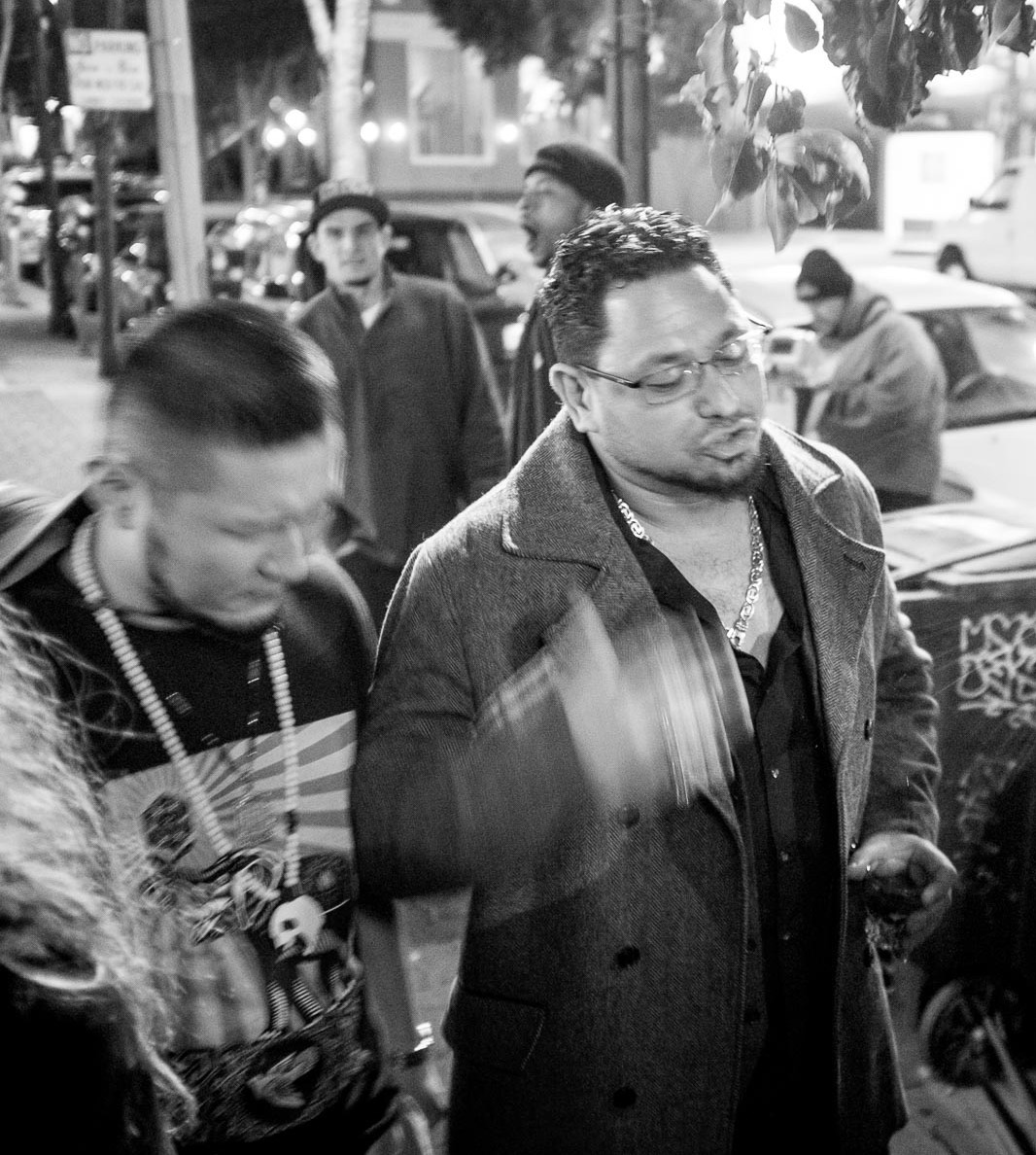 I recently came across DJ E da Boss‘ 2004 Slept-On Records Mix CD which features Tenzin (Rest In Power.) 10z will always be my older brother and I am still learning what he taught me on our 20+ years of globetrotting adventures. He was the most naturally gifted fresstyler I have ever met.. I attest that these verses were completely improvised.

10z was a highly respected MC in the late ’90’s Telegraph street cypher scene; his spontaneous beat-boxing, which often incorporated banging on trashcans for additional percussion, served as the epicenter for an immeasurable amount of freestyle sessions. This is where I got my start as an MC. I followed him everywhere. Our first global Rap journey was in ’98, when we were flown out to Japan to record for a compilation and open for Planet Asia. By the mid-2000’s, Tenz had become the most successful booking agent and performer in Western China. I moved out there and our Hunters and Gatherers crew performed throughout the country. If we weren’t booked as a group, he would fly me to places like Urumuqi, Xiamen, and Kunming, as a solo artist. Our home was a Kung Fu trap house in Chengdu, and many world travelers would stay with us for months on end. Our biggest show during that time period was rocking at the Yue Festival in Shanghai, with several thousand attendees, with Talib Kweli and Ozomatli on the line-up. By the late-2000’s, both of us had relocated back to the U.S.; his entrepreneurial/ hustler spirit truly blossomed and manifested, and he created a watch company along with his wife.. (and other businesses too..)

Tenzin never placed much emphasis on rehearsing or writing.. I would routinely beg him to do both.. he was always much more interested in being outside and living. And as cliche as it may sound, “Hip Hop is something you live.” And my older brother epitomized this saying.. I will continue to look for unfinished 10z files and songs to share with the world. Thank you for everything and we’ll try our best down here.