Yours truly has just been added to the 11/23 Scarub show @ the Live Musician’s Co-op in Santa Rosa (925 Piner Rd, Santa Rosa, CA 95403.) As you may know, Scarub is a founding member of the Living Legends collective and also belongs to the 3MG’s with Eligh and the Grouch. The Legends were probably the first to demonstrate to me the pure freedom and power of doing Hip Hop independently; I remember them rocking a packed venue in Shinjuku, Japan back in 2001. I recall being amazed by the support they received in my home country; in other words, I credit them for giving me part of my blueprint. 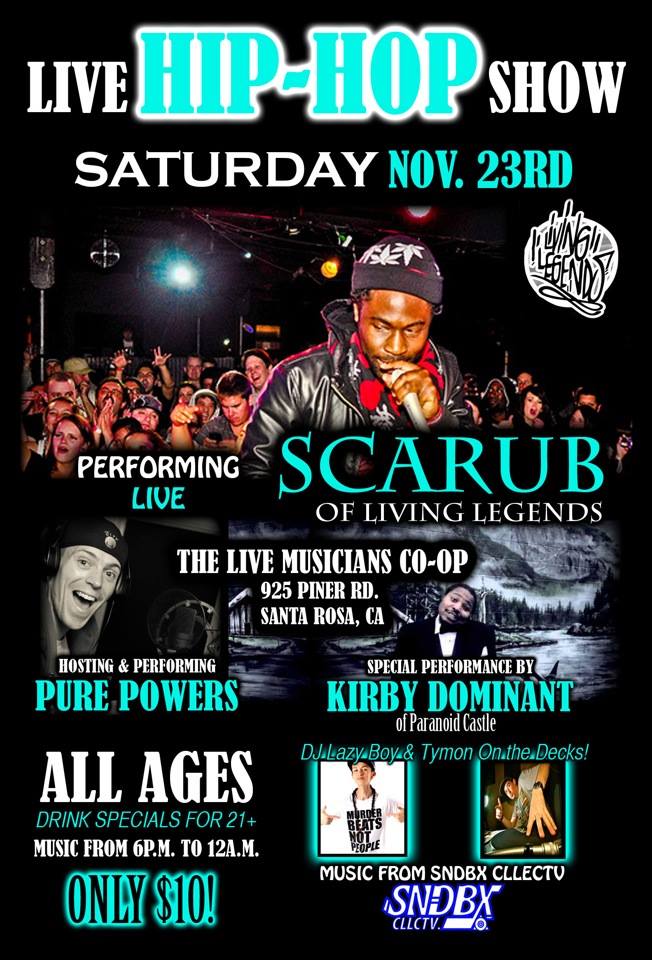 “California Sunrise” by Scarub. Produced by my comrade CAV3.

Kirby Dominant is like every Berkeley MC’s kind and funky uncle always surrounded by fine felines. He’s now in a group called “Paranoid Castle” with the Canadian producer Factor.

Shout outs to my potna Pure for getting me on the bill. Look up for his upcoming debut album. 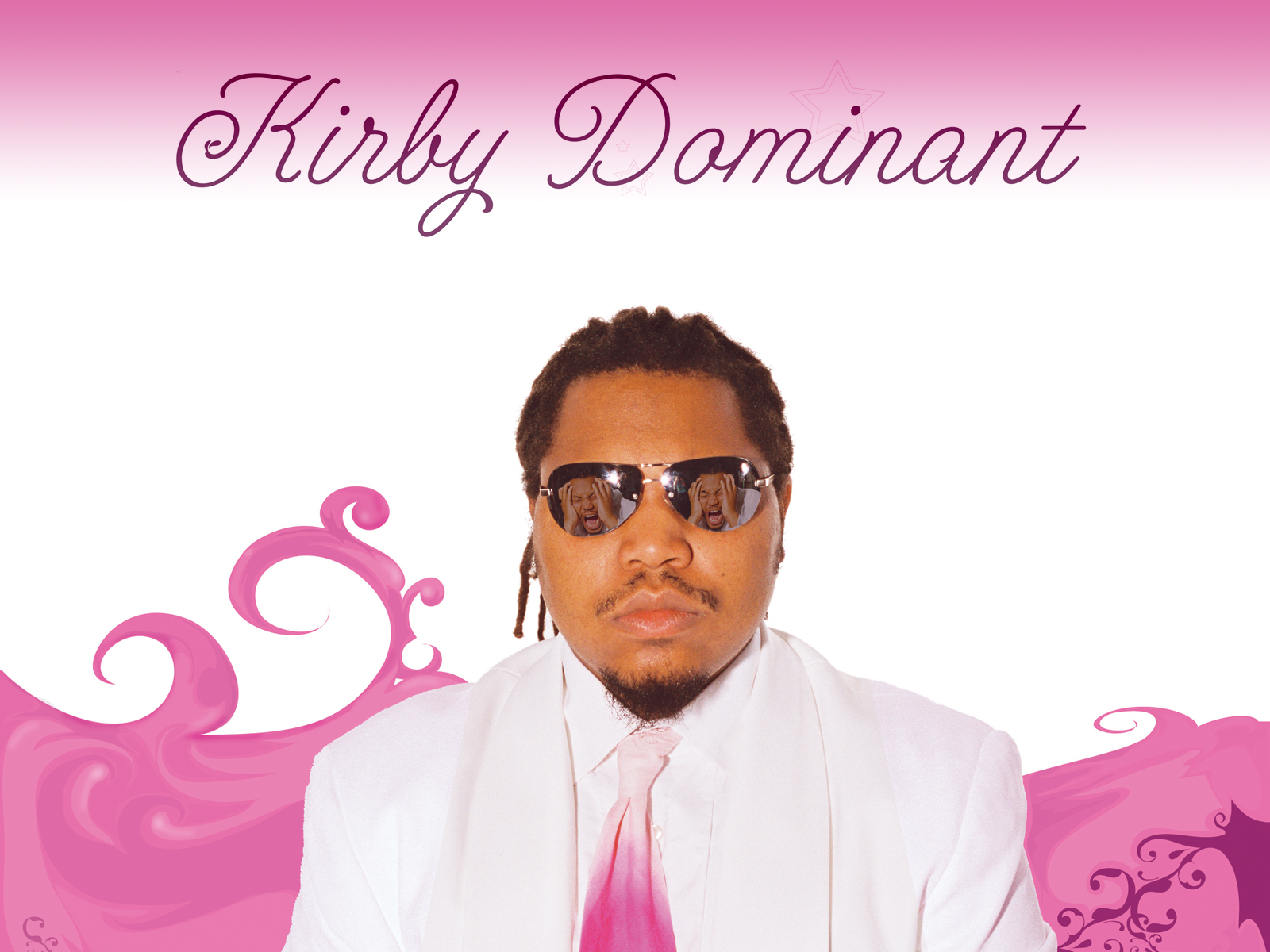 For those of us coming up in the late nineties Berkeley independent Hip Hop scene, Kirby Dominant is like our crazy uncle that always had our back. I remember running into Kirby at numerous local 510 venues that no longer are in business; he was always surrounded by many fine felines and sporting his usual illuminating smile. It’s an honor and a pleasure to rock with him in 2o12. We’re still here. The lineage of MC’s that came out of Berkeley is not a joke.

For those of you newcomers unfamiliar with the dominant pimping…

Here is a Kirby track from the “Strictly Indee” compilation I was also featured on from circa 2000. I remembered that he freestyled the entire last verse in one take… The compilation also features legends like Equipto and Shing02… damn, getting hella nostalgic.