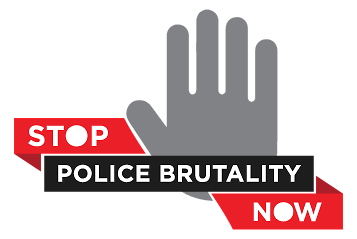 Look, I’ve never in my life considered myself an activist.. nor a “political” MC.. just a regular dude with integrity and morals. But with all the madness going on with our police departments, this song naturally came out. Took the instrumental from Japanese producers Typewriter&YMG, mixed by D-Wiz, and mastered by Sota Furugen.

Kensho Kuma Verse 1: “Ignorant people think Asians eat cats/ I love eating pussy, please believe that/ we could joke around but these stereotypes/ are killing Black people in the dead of the night/ prejudiced Caucasians, perpetuate fright/ cops see the melanin, and pull weapons on sight/ (from the Bay Area) where we hella liberal/ yet Barbecue Becky think you’s criminal/ depending on your damn traits, phenotypical/ after Oscar Grant, most of us remained cynical/ ughh, still can’t believe they acquitted Zimmerman/ the mass media, don’t want us to remember him/ I’m down to go riot ’cause I like vengeance/ but I’d rather see a cop get a life sentence/ for taking the lives of these minorities/ some do believe in white superiority/ they known to be liars who commit forgery/ when they doing they dirt, we gotta record the scene/ ah! hold them accountable, in a court of law/ if that don’t work, we bringing war to yall/”

Kuma Verse 2: “I’m hella racist like the world I was raised in/ get buck-fiftied if you disrespect Asians/ immigrants, Tibetans, or folks from Wakanda/ want more than cash, I need freedom and the honor/ forefathers proud, I’m a Japanese soldier/ some paying to be white, fuck a Sammy Sosa/ the European standards of beauty is wack/ in Hip Hop, what’s considered beauty is black/ ah, worst gang members are the agents of ICE/ what familias in Oakland be facing ain’t right/ it’s about the colored kids, not the hatred for whites/ but I’m not a pacifist, I can’t break up no fights/ at a damn Trump rally, stand with the refugees/ Latin youth in cages, cry out rescue me/ officers ain’t letting kids in the ghetto live/ people from the Middle East, get called a terrorist/ politic with doctors, and some gang members/ and learn from both groups, to further the agenda/ streets to the campus, we are making anthems/ if you down with POC’s, please put them hands up!/”