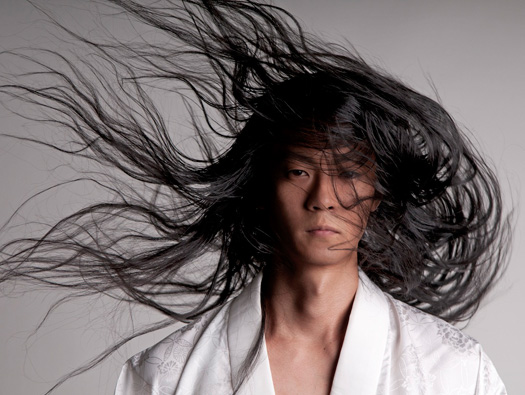 My comrade Shing02 recently assisted in the development of the SPAT app; it allows you to connect two phones via bluetooth, select an instrumental, spit bars against one another, upload, and then have the community vote on the winner. SPAT also features a solo freestyle mode which allows you to archive your takes. I wholeheartedly believe that this is a great resource for anyone in the rap discipline and also it’s just productive fun!! 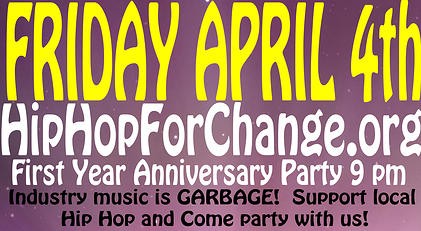 2FS (Kensho Kuma x Orukusaki) will be performing at the 04/04 Elbo Room party (647 Valencia St., SF.) Hip Hop for Change is a grassroots organization dedicated to fighting socioeconomic injustice through Hip Hop education, empowerment, and organization. Like I previously stated, it is an honor to be selected as one of their featured artists alongside veterans I learned from. The April party will feature Aisha Fukushima, who we’ll be performing a brand new crew song with, Do Dat‘s group Golden Age, and Khafre Jay’s own B-Pos crew. Please come through and celebrate the realness. The last HH4C party in December was my favorite show of 2013. 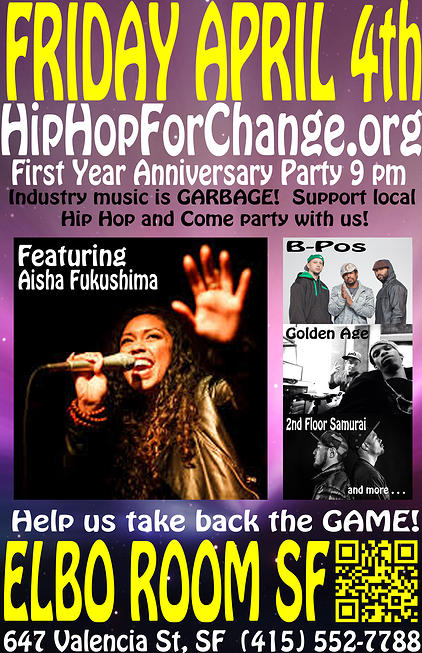